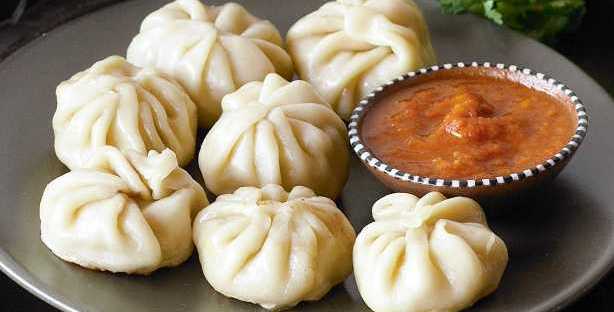 The craving for Momo was increasing by leaps and bounds. After that fateful day 15 years back Trina felt a strong resentment towards Momo. She blamed Momo for her life’s tragedy and kept herself away from it. But now all of a sudden she was feeling the strongest urge to have it. Initially she tried to fend off the craving, but it slowly overwhelmed her. Throughout the day she only thought of Momos.
In the evening, she thought of ordering Momos from the nearest Tibetan delight. She picked up the phone and dialled the number but the repulsion crept back and she hung up the phone.
More than anything she was scared of her father’s reaction. Her father always felt her abstinence from Momo illogical. No doubt her father would be happy to see his daughter forgetting the past, but she was too embarrassed to let him see that she was craving Momo.
Finally she abandoned the idea of buying it and decided to secretly prepare it at home when the others would be away. The very next day she clandestinely went to the nearby mall and bought all the ingredients. She kept them in the freezer behind other stuff, safeguarding them from peeping eyes.
Throughout the night she was unable to sleep. She was having a strange feeling. She was feeling guilty although she had no reason to feel so, but still she felt culpability. For the last 15 years she had always held this particular food responsible for her misfortune and now all of a sudden she was dying to have it. Throughout the night she felt uneasy and memories of that unfortunate day came back like a movie flashback.

She could see and feel that fateful morning when her mother was preparing ingredients for Momo. It was Trina who had requested her mom to prepare Momo. From early morning her mom started chopping onions and garlic, kneading the dough, making small balls. Her mom served steaming hot Momos before Trina left for school. Her mom promised Thukpa and Momo after she returned from school.
In that fateful day she was not able to concentrate. Her mind was only thinking of her mom’s Momo and Thukpa. Just after the English period she was excitedly discussing the prospect of having momo after school with her friends, when the school office bearer came and asked her to come along to the Principal’s room. She was surprised with this sudden summon and also scared. Even after thinking a lot she was not able to think of any recent misdeed that could lead her to the Principal’s room. She silently and anxiously followed the bearer.
After entering the principal’s room she was surprised to find her neighbour Mr.Tandon sitting in front of her Principal. Immediately she thought that this man has come to complain about her to the principal. She recollected that the previous week she had not taken Mr.Tandon’s daughter in the game of “chor police”. May be that has irked this man, and he has come to complain.
After she entered the room her principal called her and held her hand very politely, she saw no anger in the principal’s face. He very politely asked her to go home along with Mr.Tandon. She was surprised. Why was she being asked to go home? For a moment she thought maybe her mom wanted her to have the Momo right then. Maybe her mom was as excited as her and couldn’t wait to serve her.
With great anticipation she started for home. On her way back Mr Tandon didn’t speak a word. When she entered her home’s lawn she saw almost all her neighbourhood people waiting. She was surprised and thought that maybe her mom had called all of them to have Momos.
Mrs Tobden, came and hugged her. She was taken inside. Mrs Tobden was walking very slowly and carefully as if not to disturb anybody. Slowly they entered her parent’s bedroom; she saw her mother lying on the bed. She wondered why her mother was sleeping when there was houseful of guests. That was the day she last had Momo.

15 years later, today she is going to have it once again. Throughout the day when her husband and father were away she made the Momos. In the evening she sat in her veranda and had the first bite of Momo after 15 years, and with the first bite she felt her baby kicking inside her. She felt it was probably a signal from her mother to get back to her favourite food and not blame it. She became sure that it was going to be a girl. She now knew that her mother was coming back to her.

This is part of my Tasty Tuesday series. Linking this to #FlavoursomeTuesdays hosted by Shilpa.