Name of Book: The Last Laugh

Book Blurb: What happens when a harmless prank turns into a deadly game of lies, deceit, and betrayal?

Doug, a carefree man with his love for shenanigans challenges his friends and Monica, daughter of one of the most powerful man in the city, Richard Nolan, in a prank to scare her father.

According to the plan, Doug calls Richard Nolan to tell him that his daughter is kidnapped and then demands a ransom of 100 million dollars.

But… it turns into his and his friends’ worst nightmare when one of them is shot dead….

Time ticks away, more killings follow, new characters creep in, each having their own vendetta against Richard Nolan. What seems like an innocuous prank turns into a race to come out alive where everyone has their eyes set on the 100 million dollars!!

Know the Author: Shardul Pramod Karve, a 23-year-old writer, and a Chemical Engineer from Baroda. Completed his B.Tech from Nirma University (Ahmedabad). He started 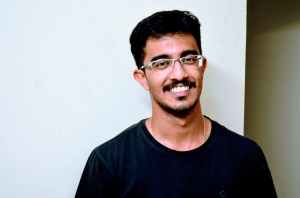 writing his novel ‘The Last Laugh’ in the 2nd year of his B.Tech finishing it after joining Reliance Industries Ltd where he is currently working. His hobbies include reading books & comics, watching and playing Cricket, Football, Tennis, Wrestling. He has a great fondness for traveling and is also trained in Vocal Singing. He also does audio recordings of his singing, voiceovers (mainly comic-book characters). Big fan of movies especially Suspense & Thriller movies.

Review: The Last Laugh is the debut novel of Shardul Karve. The book is a suspense thriller where everyone is trying to outsmart the other. If you have watched I Know What You Did Last Summer then you would easily relate to the turn of events in this suspense thriller. The story starts with Ned trying to take revenge on Richard Nolan a rich American, whose characteristics are similar to President Donald Trump. He is an unapologetic and ruthless man who acquired wealth through arrogance and manipulation. He is shown as a sex pest and a cruel employer. His employees are horrified of him, including his secretary Lizzie. Similar to Mr. Trump, Richard Nolan also has a third wife who is an ex-beauty queen. She is beautiful and much younger to Nolan. Her name is Michelle and she has a hard time with Nolan’s only daughter Monica.

Dough is in love with Monica and he decides to stage a kidnapping to express his love for Monica. He wanted to prove to Monica that her father was not the strongest man on Earth and he had the audacity to scare him. Monica accepts the challenge and agrees to join him. Their two other friends Yohan and Naomi also join them. Four of them plan a picnic to take Monica out of her palatial mansion. Initially, Nolan was not ready to let his daughter go without bodyguards but Michelle convinced him to let Monica go. The drama begins. The initial plan of kidnapping goes smoothly but gradually things get murkier. A contract killer enters the scene and murders start taking place. Numerous other characters enter the scene and a series of mystery unfold. This is a good attempt at a ‘whodunnit’.

As a debut novel, Shardul did a good job in creating interesting characters those who have shades of grey. Till the end, he is relatively capable of keeping his reader’s hooked to the storyline. As a thriller writer, it is very important to keep your reader’s hooked and he did a good job at that. He introduced characters seamlessly in the story and each character gave a new dimension to the thriller. Even though the story-line is predictable at times yet the author manages to give a fresh twist to the tale. The one thing that could have been better is proof-reading. In a few places, there are typographical mistakes that could have been avoided with better editing.