A lot of debate is going on around the movies Kabir Singh/Arjun Reddy. I have not watched Kabir Singh but I did watch the original Telugu Arjun Reddy. I watched it simply because I like Vijay Deverakonda, the actor who played Arjun Reddy in the Telegu version.

I agree the movie is misogynist and sexist, but, at the same time, I consider it unfair to single out this particular movie because let’s admit, most of our movies are sexist. This weekend, I was watching Californication and that series has a similar story. It is almost like a Hollywood version of Arjun Reddy/Kabir Singh. Popular culture loves to show a male protagonist who tries to forget his “true love” by indulging in substance abuse and sleeping with numerous random women. Be it Hank Moody from Californication, Arjun Reddy or Devdas, they all do the same. However, can you think of any movie Bollywood or Hollywood where the girl tries to get rid of her heartbreak by sleeping with random men? Very Rare. Female protagonists get married to get over a heartbreak while the male protagonist “destroy”(tch!tch! poor baby, heartbroken and out of his mind) themselves. They stop earning, they become alcoholics/addicts and sex maniacs. Popular culture all over the world loves to repeat this story.

In real life also I have met men who do the same thing. They feel that in order to mend his own broken heart he has the right to break numerous other hearts. These men get into relationships and then they say they cannot commit to the new girl because his heart still belongs to his ex. He has no qualms in sleeping with these girls but he cannot love her. Almost some kind of a Madonna-Whore complex.

Men find it macho to talk about their substance abuse and sexual encounters. The more women they sleep with, the more “Alpha Male” they feel like. Men even exaggerate the number to feel uber cool. It boosts their masculinity, whereas when a woman does the same she becomes a slut. Our popular culture inherently loves to sympathize a fallen and wronged hero. In popular culture, there is a common perception that women love “bad boys” and “good boys” are boring. Women love “bad boys” but gets married to “good boys”. These stereotypes are everywhere and society endorses this. Thus, “bad boys” are given some sort of license in popular culture to abuse the women verbally, physically and emotionally. When they do it they are not shown as the abuser but as a victim, there is always a parallel narrative to justify his abuse and perhaps also bail him out. He is always shown as a person good at heart yet abusive, who loves to abuse his woman, either under the influence of a substance or else his love for the lady is so powerful that it makes him blind towards physical violence. He feels “everything is fair in love and war” including slapping, punching, etc. Even women start believing this and many victims of domestic violence justify their partners by saying “he loves me a lot and so he hits me”, exactly what the director of Arjun Reddy, Mr. Sandeep Reddy Vanga said “If you can’t slap, if you can’t touch your woman wherever you want, if you can’t kiss, I don’t see emotion there.” According to him, slapping is not an act of abuse but only an emotion.

Even in the past, we have seen movies where women have been slapped, abused, abducted, raped, threw acid in the name of love. Misogyny in movies influences real-life sexism or the vice-versa is not known. These movies gross hundreds of crores in the box office and that clearly proves that a large section of the society love these kinds of stories and perhaps they also relate to it. For many, this is also a reality. Arjun Reddy/ Kabir Singh is neither the first nor the last movie that depicts deep-rooted patriarchy. 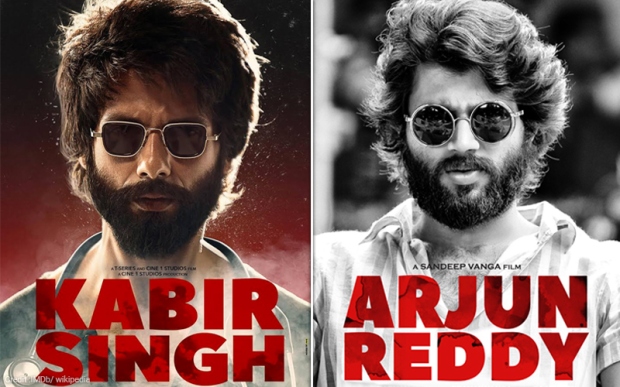 Linking this with Monday Musings by Corinne. 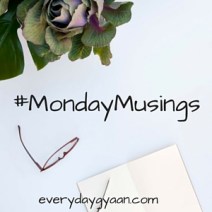 Took me 1.5 months to finish this book. I would recommend this book to whoever wants to find some peace and joyfulness in life. Two of the most spiritual and humanitarian holy leader share their insights on how we can find joy in the mundane. How we can get rid of anger and learn to forgive. If you want to heal your soul read this book for some calmness.
Ever since the pandemic hit, we had stopped going out for #girlsnightout. However, now that one of our friends is shifting, we decided to go out. It was midweek, yet Wednesday felt like Friday.
When Wednesday feels like Friday
Happiness is in simple things. Sometimes, just a simple cup of tea, early in the morning is enough to make your day.