Last week, I wrote a post on 5 Things to be Grateful for during Lockdown where I mentioned how my husband is mopping and cooking. It seems my husband is not alone. Finally, Indian men have left their mom’s apron/pallu/dupatta and risen to the occasion to do household chores. Thanks to maids being absent.

In India, most middle-class households have one or more than one maids. The mopping and cleaning dishes are done by maids in the majority of houses. Most houses also have a cook. Now, due to the lockdown all homes are maidless, with exceptions of houses with live-in maids. The women are now coping with kids, bosses, laundry, cleaning, dusting, home-schooling, cooking, dishes and so many other things. The men are for the first time in a situation where they have very little choice.

There are few men who have been doing household chores and this phase is just an extension. There are second types of men who are not used to household chores but they have a conscience and it is inhuman to watch your wife do so many things alone while you Netflix and Chill. The third types are those who perhaps always thought that household chores are a ‘woman’s work’ but now they see that it gets done better and faster if both pitch in and working together is fun. And, of course, there is the fourth typical misogynist and patriarchal ‘Indian men’ who think that household chores and kids are a woman’s job, these men neither have conscience nor humanity and they do not hesitate to resort to violence when they don’t get food on time. But, today let us not focus on these monsters and look at the  ‘new age’ Indian men who have finally realized that their machismo doesn’t diminish if they do chores, rather they earn the love of their wife. 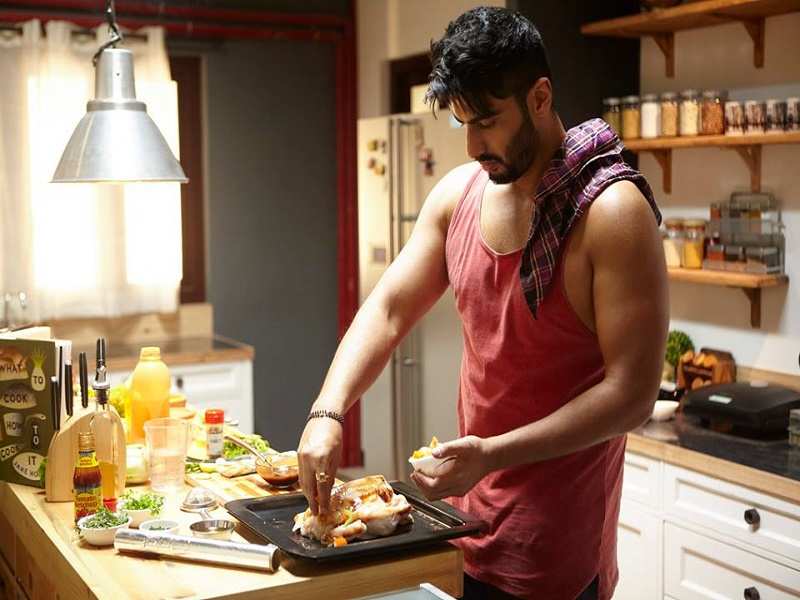 Before blaming the men, I would like to blame the moms of these men. These men were taught by their moms that ‘cooking’ and ‘kids’ are a woman’s job. Similarly, the moms of the girls taught them that ‘home’ is your domain and ‘way to a man’s heart is through his belly’ so you better learn to cook. However, without the maids not only the wife but even his mom is in no mood to indulge him, because even the mother is getting bulldozed by loads of work.

This ‘lockdown’ proved to be a great unlearning for Indian men. I am happy to see so many of them are now cooking and cleaning. My college friend called me and said “I don’t want this Lockdown to end because my husband is doing so much of work.” Another friend said, “I wish I had five husbands like Draupadi, then I could have delegated one work to each of them.”

Many women are also putting their foot down and asking the husband to do some work. Finally women also have stopped pampering the men. Either you do or else face the music. This lockdown took away the privilege of Indian men. The moms of many men have also realised their mistake in raising the boys. They acknowledge that it was unwise to not teach the boys household work.

Here I would like to give an instance. In one of the groups where we are helping the elderly, sick, poor, and disabled people during this lockdown one mother of a 23-year-old boy wrote that she needs help for her son. He is living alone in Bangalore and he doesn’t know how to cook and clean and she would be grateful if someone gives him some homecooked food. The mother probably never imagined that she would get badly trolled for this. Almost everyone in the group unanimously said that the mother should have taught the boy all this when he was a kid. It was her fault to raise a son who knew nothing. Poor lady received no sympathy and many said that the son should learn to cook and clean during this lockdown. The best part is within a week, the same mother posted a video of her son cooking rice and chicken. He saw recipes on Youtube and made his first food.

Indian men, these days most women share the financial responsibilities so it is time you start doing household chores. It is your house as well. Take care of your kids, she didn’t bring the kid as part of her trousseau, both of you brought it together. I would like to see all of you cooking and cleaning even after the lockdown is over and maids are back. This is your moment of glory, make us proud.